I call this Jawbone House as it was found off of highway 14 near the town of Jawbone, California. The photo was captured in 2012 and the house no longer stands, wobbly, as it did here. The original is a multi-frame HDR panorama comprised of 90 images, thirty different angles each with three different exposures. It is in excess of 14000 pixels on the long edge. My thanks to the crew at PTGUI.com for making Helmut Dersch’s Panorama Tools more easy to use!

This panorama was captured in 2012 near Mojave, CA. You can see some of the mothballed aircraft background left. The original is of 12k pixels on the long side and, again, HDR was used for tone control. 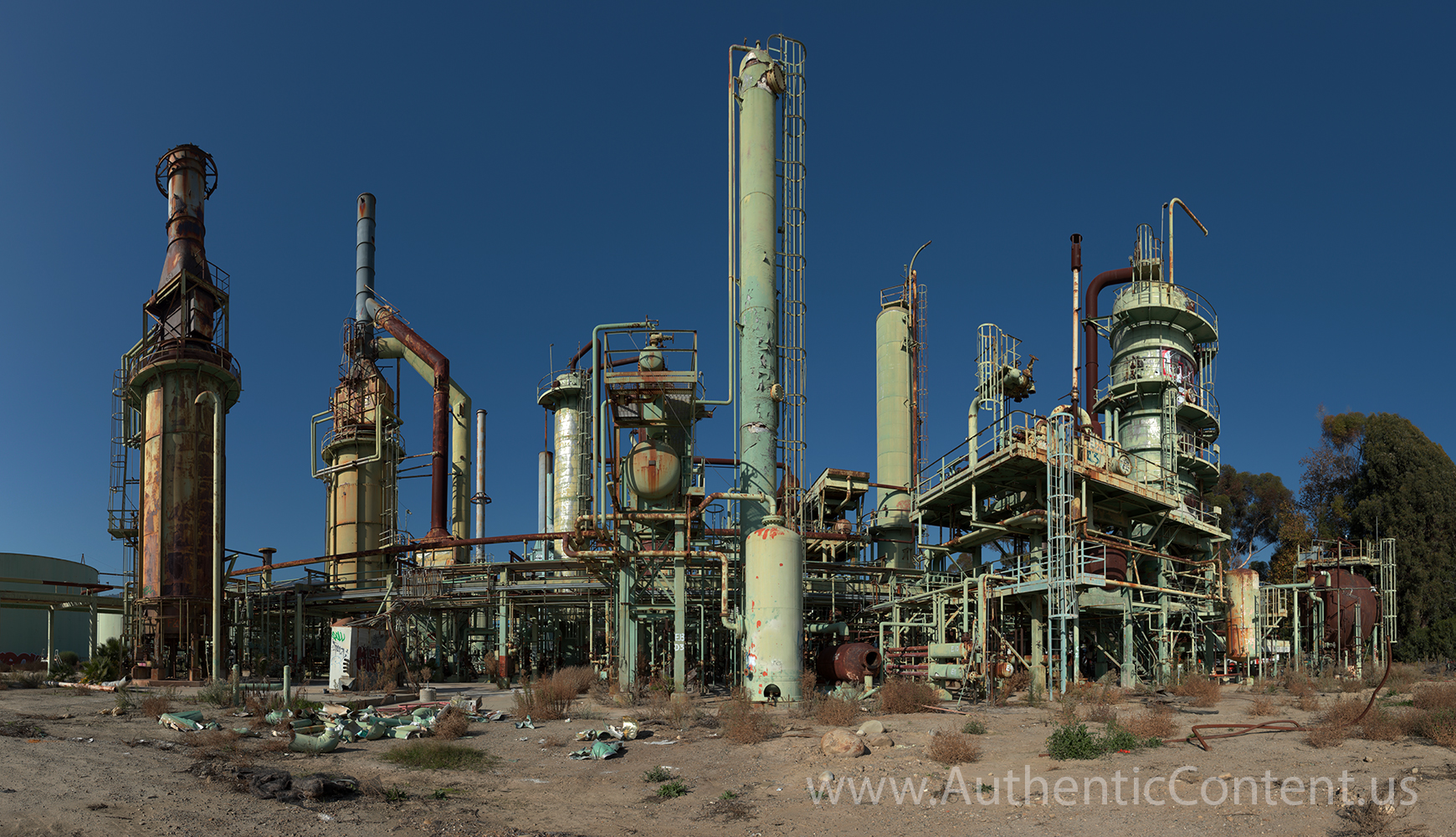 The old USA Petroleum refinery above Ventura, California. The day I took this I had ducked through a hole in the fence on a very well worn path. Having been there before when it was desolate I was surprised to see workers disassembling other areas. Most of this is gone now. Of interest – there was not a single living animal anywhere on the site. No mice, no ants, no birds, nothing.

An anomoly of creating panoramas, but also a bit of an oddly shaped tree, square headed as it is. Malibu Creek state park in California, the site of many a MASH episode. The original image is over 12k pixels on the long side and I have cropped a bit here.

Point Lobos, just south of Carmel, California, is a magical spot. It was a place Edward Weston brought his friends from the f/64 Group on photography expeditions.